The themes and aspects of SRV’s sustainability programme are based on the stakeholder survey and interviews carried out in 2016 and 2017. SRV’s most important stakeholders are its personnel, the Board of Directors and management, customers, shareholders, investors, financiers, partners, local associations, neighbours at construction sites, the authorities, the media, NGOs and other partner associations. SRV involves stakeholders even more closely in the development of business operations as well, such as by inviting them to participate in design in the early phase of a project. 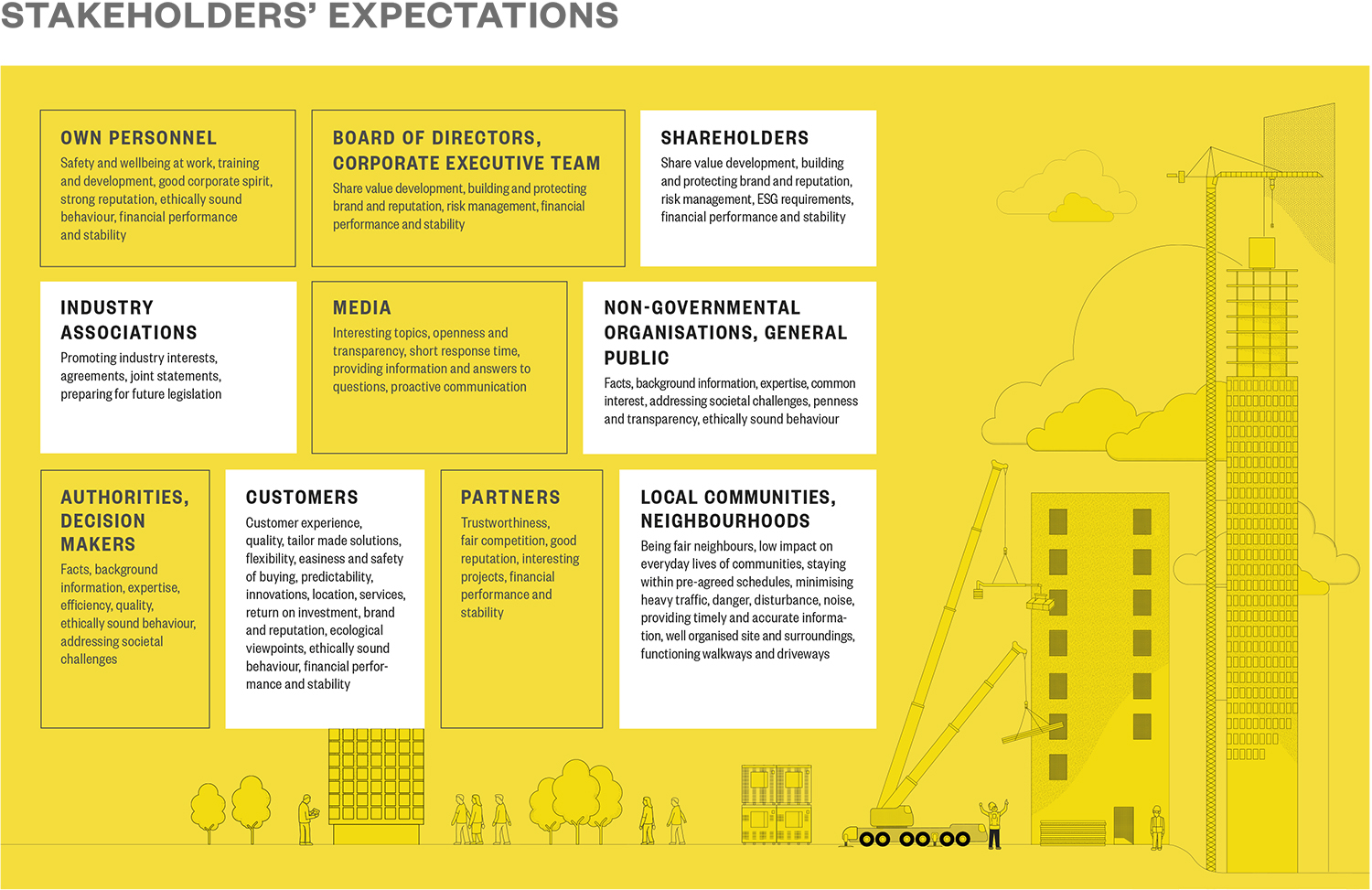 SRV’s representatives meet with investors and analysts at both small-scale meetings and large public events. SRV is involved in industry development via close cooperation with other industry actors, such as the Confederation of Finnish Construction Industries RT. SRV is also an active member of Finnish Business and Society (FiBS). SRV’s representatives have been active in the Environment and Energy group of the Confederation of Finnish Construction Industries RT as well as Green Building Council Finland.

Our donations and sponsorships are guided not only by the company’s strategy, but also by our desire to shoulder our responsibility for society.