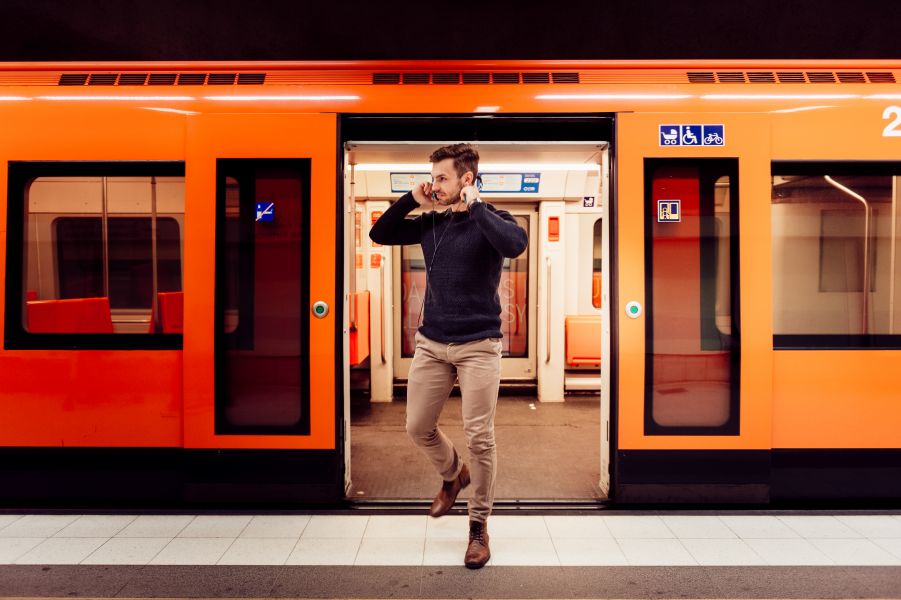 Thousands of homes along the Western Metro line

The extension of the capital region’s metro line – the Western Metro – is being built from Helsinki’s Ruoholahti to Espoo via Lauttasaari. During the first phase, 14 kilometres of track with eight new stations are completed between Ruoholahti and Matinkylä.

SRV has sites close to almost every station. Koivusaari’s beautiful seaside metro station was built by SRV. And when the metro sweeps up from under the sea on its way to Keilaniemi, it passes another SRV construction site near the station, where Ring Road I is being diverted into a tunnel. Once a peaceful park has finally been placed above the busy ring road, SRV will be turning its sights to a new goal in the park’s vicinity: building Espoo’s highest residential buildings. In Tapiola, the entire city centre is being refurbished, and a new shopping centre and residential buildings are being erected above Espoo’s Niittykumpu metro station.

“SRV is working as a project management contractor for both the Koivusaari metro station and Tapiola city centre, but many of the sites along the Western Metro are SRV’s own development projects,” says Jouko Pöyhönen, Director, Project Development.

“In project development, we are always thinking about how urban areas and their infrastructure are developing. We follow EU decisions, port decisions, regional plans and urban master plans. We also consider how foreign cities are developing and, of course, what people will want from their homes in the future. This enables us to make accurate predictions of which direction the capital region will grow in,” says Pöyhönen.

“In Kaitaa, we found out who owned the land alongside the future metro station. We then negotiated its purchase with the Espoo Lutheran Church (Espoon Seurakunta). In Kivenlahti, we entered the area’s development competition with an idea that would harmonise the district’s community structure. In Nittykumpu, our plans helped us acquire a team of investors. With them, we drew up a proposal for a shopping centre and new housing that would enable the city to build a metro station during the first phase of the Western Metro,” says Pöyhönen.

With the instincts of a private detective

A diverse range of professionals work in SRV’s project development. One has worked as an architect, another in city planning, and a third for an investment company. Project development professionals combine expertise in land acquisition, planning, financing, and customer understanding. It’s not something you can study for at school – it is experience that can only be acquired over the years.

“Nowadays, there is plenty of information available in digital format. You can easily examine maps and plans on screen, but nothing beats hopping in your car and driving around, looking closely at buildings and plots first hand,” says Pöyhönen.

“Almost inevitably, many of the changes that have happened in major foreign cities will also occur in Finland,” says Pöyhönen.

One such example can be found in England. London’s old docklands began to be converted into residential areas back in the late 70s. For example, the construction of housing on the former port area of Canary Wharf began in the early 1980s. A similar decision was made in Helsinki in the 1990s, when the city decided to locate its new port in Vuosaari. This freed up the Kalasatama and Jätkäsaari areas for new uses.

And the rest is history. Today, SRV’s cranes soar above Kalasatama, building the shopping centre and Finland’s highest buildings. And in which direction will the city grow in the future? Pöyhönen will not say – it is a million-euro secret.

The story was originally published in the 2016 Annual Report