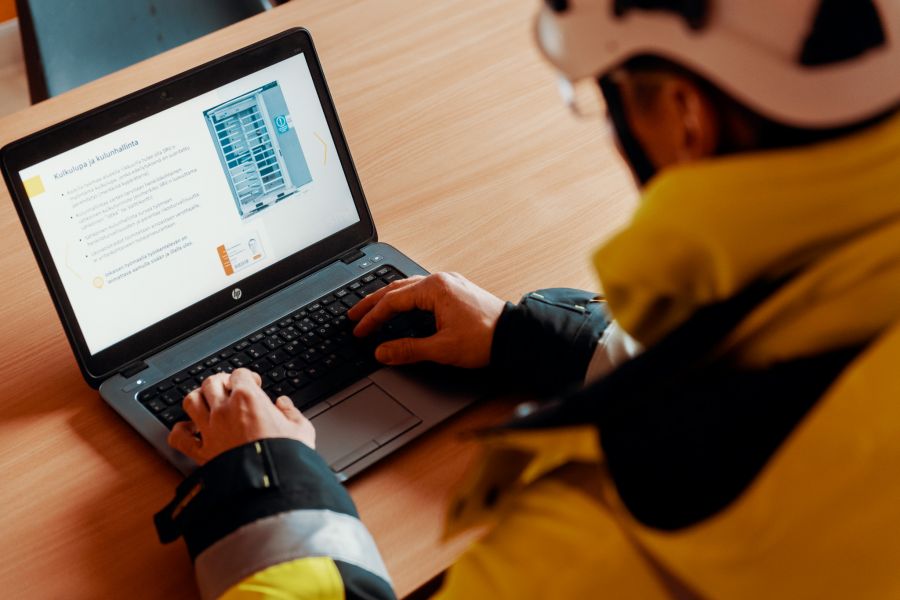 SRV introduced a remote orientation system in 2017. It seeks to standardise orientation practices and facilitate the collection of information on workers and their employers. Remote orientation comprises two components: general safety orientation and site-specific orientation, which the employee must complete and pass before arriving on the site.

“Remote orientation is one of our quality assurance tools. Previously, we had as many ways of working as we had sites. Now remote orientation enables us to ensure consistent quality in our orientation process”, says SRV’s Safety Manager Jari Korpisaari.

The system is user-friendly and works on all devices. Pre-prepared materials ensure consistent quality and familiarise workers with SRV’s operating methods.

In 2018, remote orientation will also be launched in the most common languages used in the construction industry: English, Estonian, Russian and Polish. Foreign-language speakers accounted for 24.9 per cent of workers in 2017.

“Orientation had posed challenges. We were uncertain about whether workers understood its content and whether the translators had adequately conveyed SRV’s safety culture. A standardised system that will be used by everyone eliminates these uncertainties”, says Korpisaari.