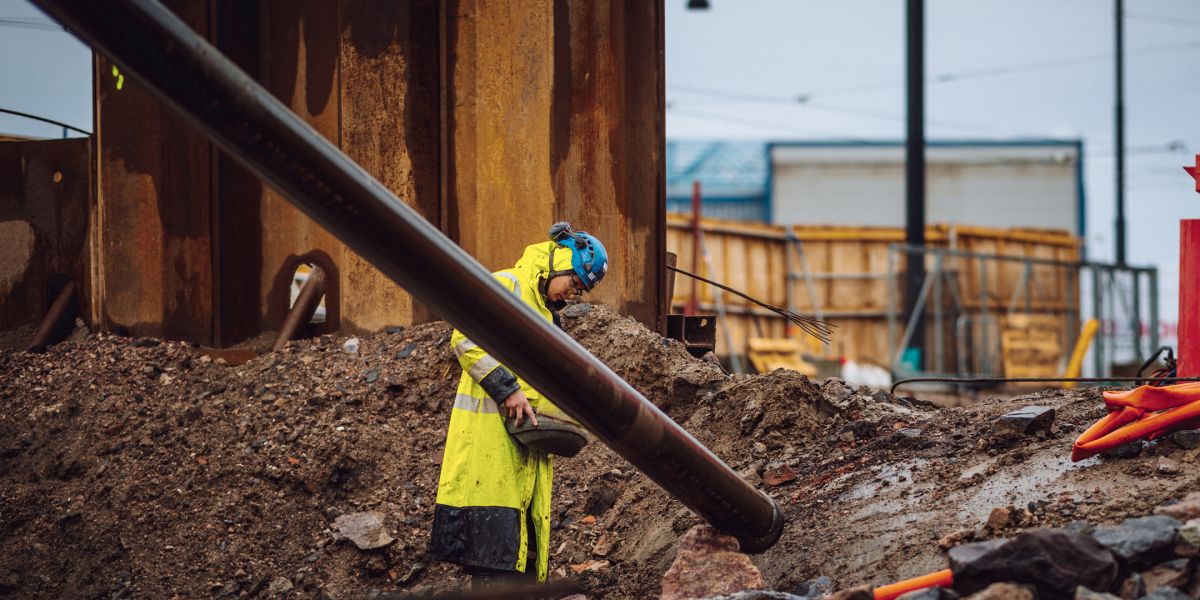 In autumn 2018, one of the main development themes of our environmental system was to define the environmental risks and opportunities inherent in our processes. An environmental expert led this work, which was carried out workshop-style in small teams, thereby enabling as many of the organisation’s functions as possible to be represented.

“SRV’s core process descriptions and named roles have been defined in the operating system. However, both our processes and the factors that influence them have been overshadowed by project risks. This is, of course, understandable when our operations comprise an extremely diverse range of ongoing project implementations, and our strengths lie in flexibility and adaptability,” says SRV environmental specialist Mari Levirinne-Kara.

“In the spirit of the updated ISO 14001 standard, it was therefore time to take action on an issue that is fundamental to process development and operational efficiency,” says Levirinne-Kara.

During the environmental workshops, it emerged that personnel who work with processes were bringing up very broad-ranging perspectives. They constituted problems or opportunities not only from an environmental standpoint but also from the perspectives of health, safety and – in particular – quality.

“In particular, a variety of process and function interfaces were identified as risks. How is data collected and transmitted along the chain as production progresses? And how is feedback transmitted back up the chain? We’ve been aware of this challenge and have several ongoing development projects aimed at improving the situation. Thanks to the diverse range of participants, we received a lot of brand-new information and concrete development proposals. We therefore have a much clearer overview of the situation,” says Levirinne-Kara.

The workshops identified the early stages of the process (including target setting) as one of the most important elements in improving our environmental performance. Increasing the amount of information available to both the authorities and those involved in construction projects was therefore considered to be an extremely effective measure.

As a result of these meetings, it was decided that we should work together to form an even clearer overview of the factors that impact the level of environmental protection in construction. This resulted in the first analysis of process risks using SRV’s environmental system. From now on, examining processes from environmental perspectives will be one of the environmental steering group’s annual themes.

“All personnel are currently involved in developing our operational processes, and this is also increasing everyone’s understanding of the risks and factors involved in processes – both those that are caused by them and those that influence them. Assessing process risks and opportunities is therefore continual improvement at its best,” says Levirinne-Kara.