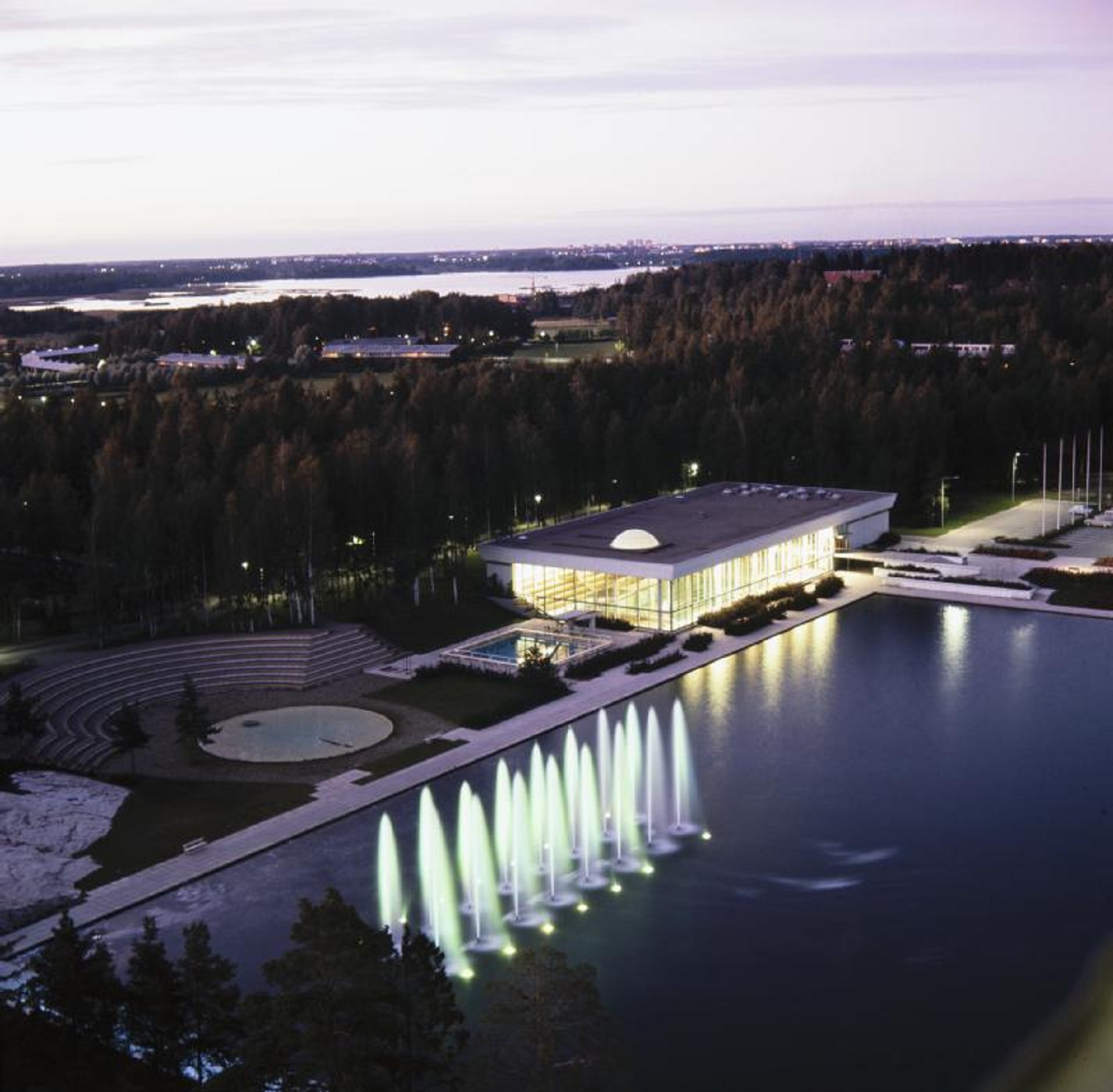 SRV will carry out the basic renovation and extension of the Tapiola swimming hall in Espoo with an energy-efficient, lifecycle-wise approach

SRV will carry out the basic renovation and extension of the Tapiola swimming hall in Espoo with an energy-efficient, lifecycle-wise approach

SRV and the Premises Services unit of the City of Espoo have signed an agreement for the basic renovation and extension of the Tapiola swimming hall in Espoo. The project will be carried out as a cooperative project management contract valued at about EUR 42-46 million, of which SRV’s contract accounts for around EUR 32 million. The project will be started immediately with a development phase lasting around half a year, after which it will be recognised in SRV’s order backlog. It is expected that the implementation of the project will begin once the development phase is completed in summer 2023 and that the modernised Tapiola swimming hall will be opened at the end of 2025.

The goal of the project is to restore the appearance of the current building, and implement a new extension to the background. The swimming hall is located in the Tapiola city centre area designed by architect Aarne Ervi, which has been designated as a nationally significant built cultural environment (RKY) by the Finnish Heritage Agency. It is protected in the city plan. SRV will carry out the design and implementation in close cooperation with the Finnish Heritage Agency.

“We’re very excited to modernise Tapiola’s iconic swimming hall. During the development phase, we will develop the best solutions for the implementation of this technically demanding project in good cooperation with the project parties. Its basic renovation will be carried out with a lifecycle-wise approach, taking future needs into consideration while preserving the building’s valuable architecture. We’ll modernise the building to be an energy-efficient venue that serves its users effectively – and we’ll ensure that the building lifecycle will stand up to environmental challenges over the years ahead. We aim to complete the basic renovation with a minimum of disturbances, keeping the central location of the swimming hall in mind,” says Marko Räisänen, Unit Director at SRV.

“Tapiola is a nationally significant cultural environment area. The townscape and architectural values of the Tapiola swimming hall are preserved through restorative construction, which also takes into account construction technical and life-cycle values. Once completed, the swimming hall will complement Tapiola’s already versatile services,” says Olli Isotalo, Urban Environment Director from the City of Espoo.

The current swimming hall consists of the original section completed in 1965 and an extension built in 2005. The main swimming pool hall will be a largely new structure designed in line with the original look of the building. The main pool will be 25 metres long with six lanes. In addition, the swimming hall will feature a children’s learning pool, a paddling pool for kids, a multipurpose therapy pool and a diving tower. A new hot tub will be built under the spectator stands. The outdoor diving pool, the paddling pool and spectator structures will be rebuilt in line with their original style. The total area of the building will be 6,325 square metres (gross).

Energy efficiency at the center of the design

The building systems of the swimming hall will be thoroughly modernised with solutions that minimise energy consumption. Ventilation will rely on heat pump technology and air circulation. Heat will be recovered from shower and pool wastewater in order to reduce energy consumption.

The swimming hall has been closed for the past six years. Condition studies detected a highly advanced alkali-aggregate reaction in the foundation and subfloor structures of the building, where the aggregate in the concrete reacts chemically with the alkaline moisture in the concrete, causing cracks. For this reason, the structures have to be extensively demolished and rebuilt. The aim is to preserve the load-bearing pillar structures of the roof of the main pool area, its roof dome with its support beams and the diving tower – these have been designated as the most valuable premises.