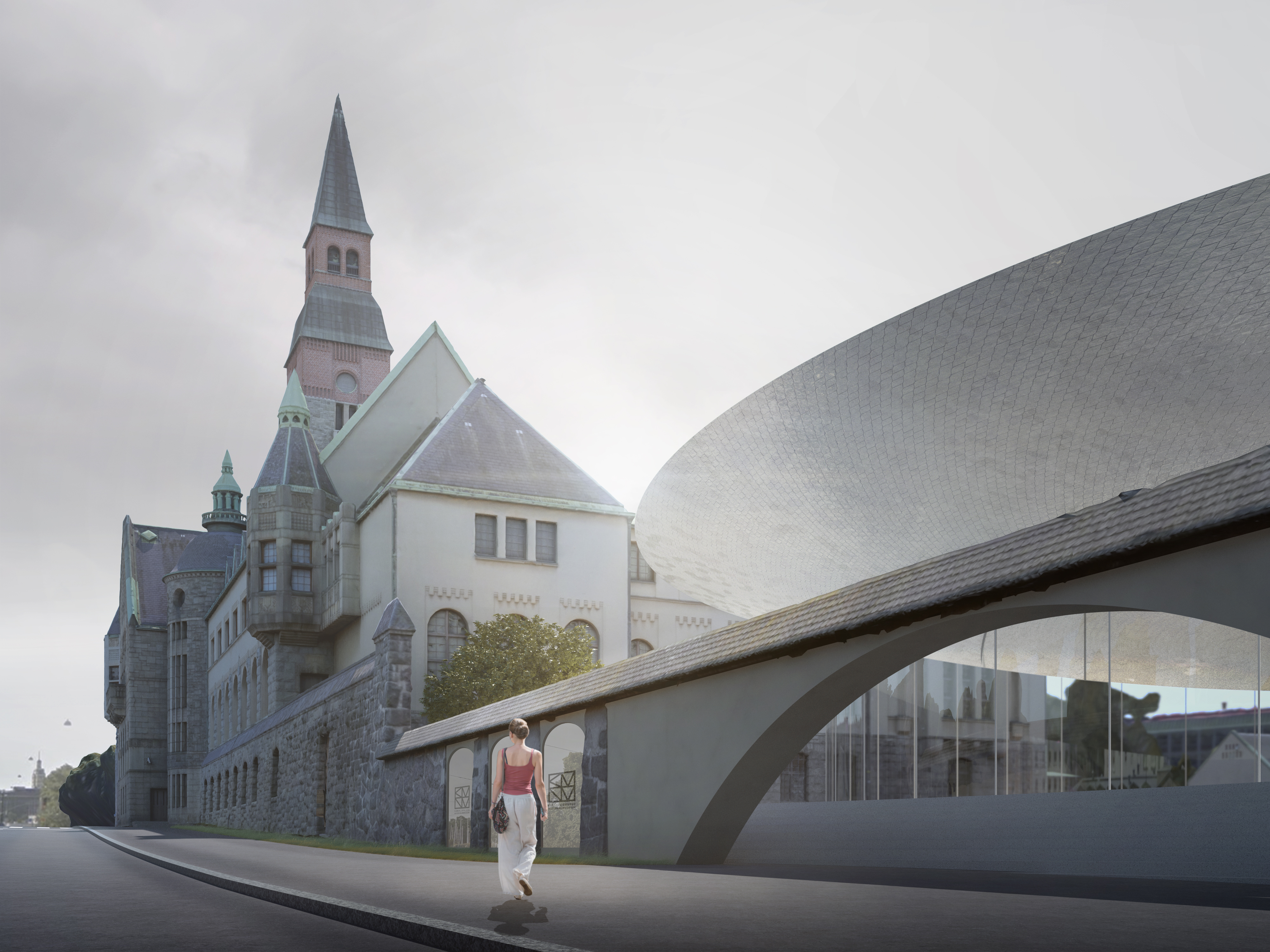 SRV and Senate Properties have signed an agreement on an additional building project for the National Museum of Finland. The new building will be implemented under a spearhead alliance project model and the total cost estimate is around EUR 55 million, of which SRV’s contract accounts for around EUR 45.6 million. The project will be started immediately with a development phase. A separate decision on the transition to the implementation phase will be made in the autumn of 2022, when the project will be recognised in SRV’s order backlog.

The project will build an annex to the National Museum, which was completed in 1910. Most of the functions of the annex will be located underground. This is the largest construction project in the 100-year-plus history of the National Museum. It will provide additional space for its vigorously renewing museum activities. The annex will be built on the museum’s current plot and will be connected to the historical main building. The annex will have a floor area of about 5,700 square metres, of which less than a thousand will be above ground. The rest of the premises will be underground on two levels.

During the development phase, the parties will work together to find the final technical implementation solutions that would best meet the project’s objectives. Special attention will be paid to implementing the lowest possible carbon solutions in the building. SRV's construction sites became emission-free from the beginning of 2022, and the Senate has committed itself to emission-free sites with the Green Deal agreement. The common goal of the project is to minimise the carbon footprint of the new building and maximise its’ carbon handprint. It is planned that construction work will be started up in autumn 2022 and that the annex of the National Museum will be completed in summer 2025. The new museum complex will be inaugurated in January 2026.

“SRV has long traditions in modernising properties that are culturally and historically valuable, and developing them to meet future requirements. We’re excited to start another major new project – the construction of a new annex to the National Museum, a Finnish national treasure. Design and implementation will take sustainable and low-carbon solutions into consideration. We’re currently also modernising the Culture Barracks in Lasipalatsi Square in the centre of Helsinki, and renovating both the National Theatre and Snellmania,” says Unit Director Marko Räisänen, who is heading up the project at SRV.

The client and developer of the project is Senate Properties, which is responsible for government owned premises and manages a large number of culture-historically valuable properties.

“The project will be implemented using the Senate spearhead alliance model, which we have developed to implement our particularly demanding construction projects. In cooperation with SRV and the rest of the project organisation, we will develop the project so that the goals set for the project by the client are achieved with the best possible result,” says Developer Manager Jukka Lallo from Senate Properties.

The extension is being designed by JKMM Architects and is based on their proposal “Atlas”, which won the general two-stage architectural competition. The National Museum main building was designed by the trio of architects Herman Gesellius, Armas Lindgren and Eliel Saarinen.

SRV is a Finnish developer and innovator in the construction industry. We are building a more sustainable and responsible urban environment that fosters economic value and takes into consideration the wellbeing of both the environment and people. We call this approach lifecycle wisdom. Our genuine engagement and enthusiasm for our work comes across in every encounter – and listening is one of our most important ways of working. We believe that the only way to change the world is through discussion.

Our company, established in 1987, is listed on the Helsinki Stock Exchange. We operate in growth centres in both Finland and Russia. In 2021, our revenue totalled EUR 932.6 million. In addition to about 1,000 SRV employees, we have a network of around 3,600 partners.