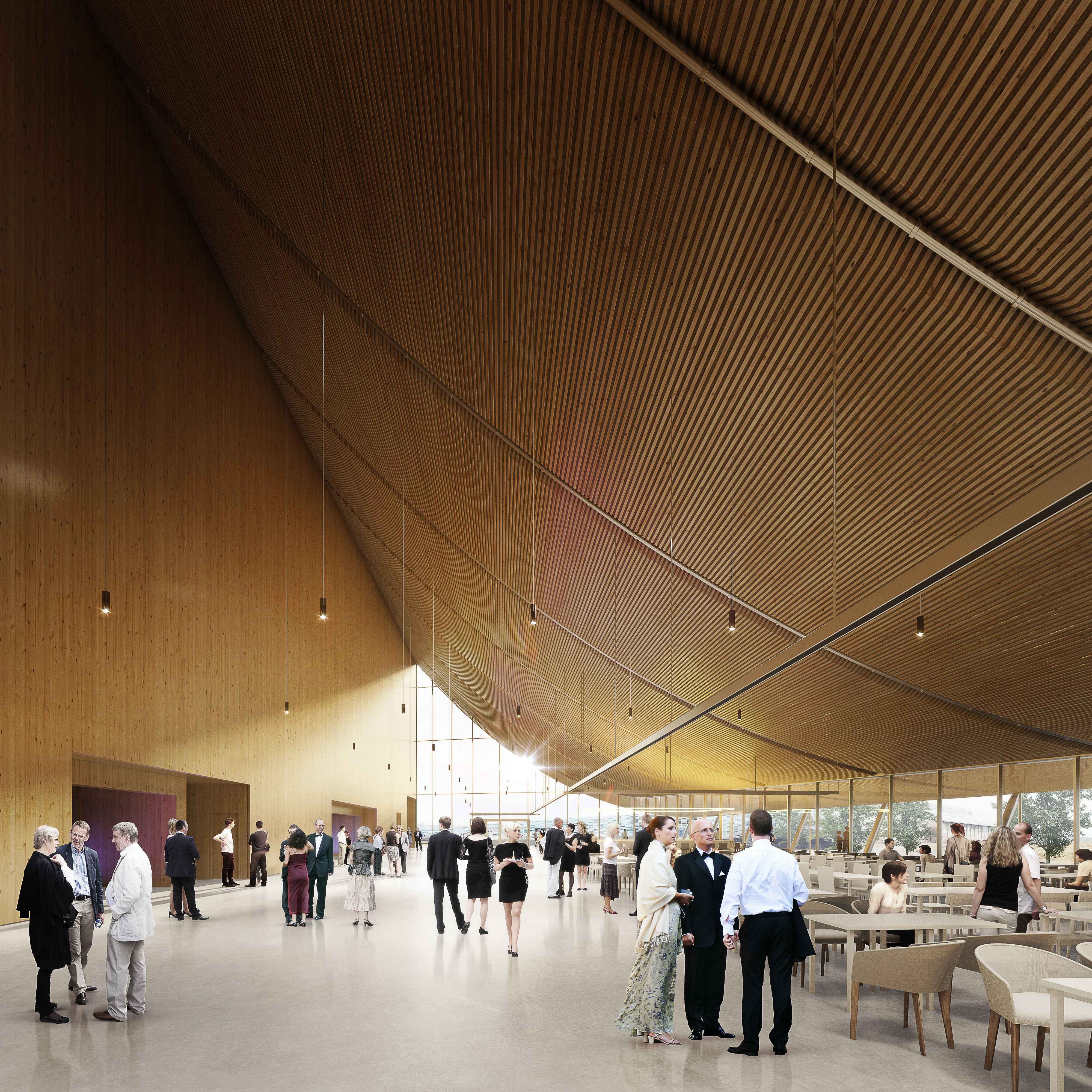 SRV and Backstaff Oy have signed an agreement for the implementation phase of Satama Areena, the City of Kotka’s new event centre. The total value of the cooperative project management contract is approximately EUR 27.6 million. Now that the implementation phase agreement has been signed, the project will be entered into SRV’s order backlog for July. Work will begin on the construction site in July and the new event centre is scheduled for completion in summer 2023.

During the development phase, SRV planned the project in cooperation with users and developed the best implementation method with regard to the objectives defined by the client. The developer is Backstaff Oy, a wholly owned subsidiary of Kotkan Julkiset Kiinteistöt Oy.

“We’re keen to bring our expertise to the Satama Areena project, as we’ll be embarking on the creation of a new landmark in Kotka. We have experience not only in demanding wooden construction, but also in impressive arena projects, such as UROS LIVE, which is currently under construction in Tampere. We also have experience in adaptable spaces for conferences and events, such as the University of Helsinki’s Think Corner,” says SRV’s Jouni Forsman, Senior Vice President, Business Premises, Helsinki Metropolitan Area.

Satama Areena will have a gross floor area of approximately 7,700 square metres, and will be built at the heart of the Kantasatama district near the Port of Kotka. The building, which will be located between Maritime Centre Vellamo and downtown Kotka, will reflect architectural elements found in all port cities. Satama Areena’s soft, understated yet impressive architecture will complement the harbour’s halls, containers and wooden ships. Wood will be used comprehensively throughout Satama Areena, for everything from structural elements to interiors. The wood will be protected by a zinc shell, and the roof will be the largest suspended wooden structure in the Nordic countries.

The arena’s multipurpose spaces can be adapted to a wide variety of events, and their design pays special attention to ease-of-use, functionality, ecology and simultaneous use. When the arena is completed, Kotkan tapahtumakeskus Oy will be responsible for event production.  Companies providing restaurant and technical services will also operate in the building. The multifunctionality and efficiency of the building will be further enhanced by the construction of South-Eastern Finland University of Applied Sciences (Xamk) right next door to the event centre. The event centre’s lobby will also serve as the main entrance to the campus and its restaurants as student cafeterias.

Images used in the bulletin: ALA Arkkitehdit Oy, SRV

SRV is a developer and innovator in the construction industry. We want to offer the best customer experience as a constructor of urban city centres, while also being the most attractive employer in the industry. We bring genuine cooperation and enthusiasm to every interaction. Sustainability and responsibility can be seen in all of our operations.

Our company was established in 1987 and was listed on the Helsinki Stock Exchange in 2007. We operate in growth centres in Finland and Russia. In 2019, our revenue amounted to EUR 1,061 million and we employed more than 1,000 people. Our projects also employ a network of almost 4,000 subcontractors.