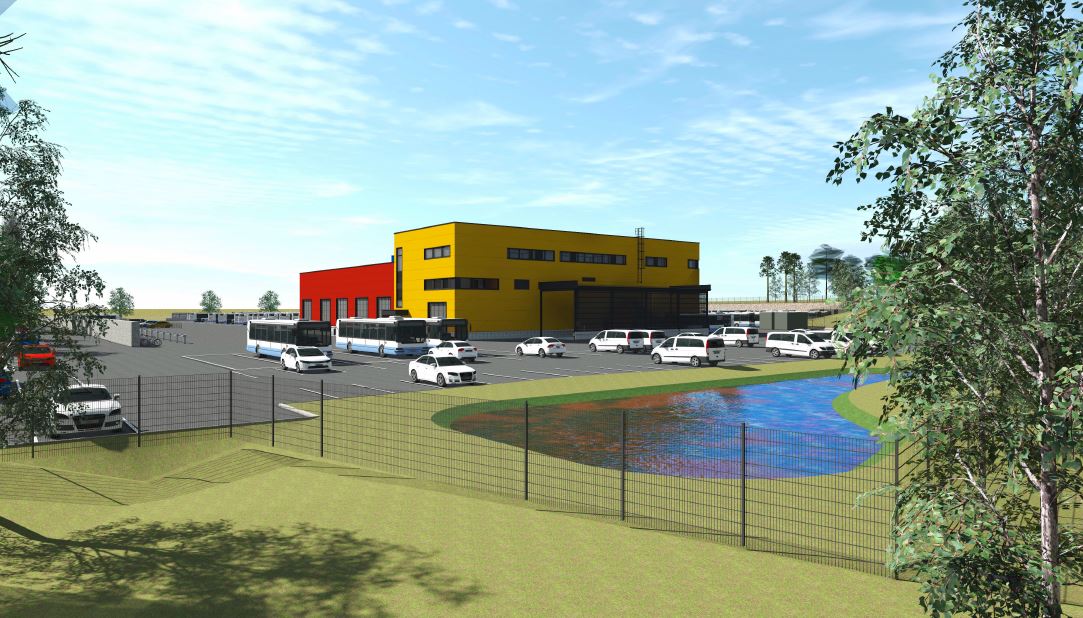 SRV to build the Ojanko bus depot in Vantaa

SRV to build the Ojanko bus depot in Vantaa

The City of Vantaa and SRV have signed an agreement to build a new bus depot in Ojanko, in Vantaa. The project includes the construction of a four-hectare depot area for 200 buses with refuelling and charging stations, as well as the construction of a service hall, an office section and a bus washing line. The value of the contract is approximately EUR 13 million, which will be recognised in SRV’s order backlog in May.

The depot is located in the Ojanko district of East Vantaa, north of Ring Road III. The area of ​​the depot building to be built is approximately 3,600 gross square meters. Work has begun on clearing the area at the end of April. The entire depot will be completed after the commissioning and testing phase in autumn 2021.

“We are happy to implement a new bus depot in Ojanko. The project combines SRV’s skilful infrastructure and business premises construction with versatile building services expertise. In the past, we have implemented similar solutions in the REDI parking facilities of Kalasatama in Helsinki and in the Ring Road I tunnel project in Keilaniemi, Espoo”, says Sami Korhonen, managing director of SRV Infra.

The Ojanko depot replaces the current cramped bus depot, which is located in the center of Hakunila, in the middle of the residential area. The new depot enables efficient and more environmentally friendly public transport.

“The Ojanko bus depot is a significant project for the future of public transport and electric bus traffic in the entire eastern HSL area. In addition, the old depot area has severely limited the compaction of the Hakunila urban structure along the tram route. The location of the new depot next to Ring Road III enables the efficient and economical operation of bus traffic in both East Vantaa and the Eastern Helsinki region, avoiding expensive transfer driving”, says Henry Westlin, City Engineer from the City of Vantaa.