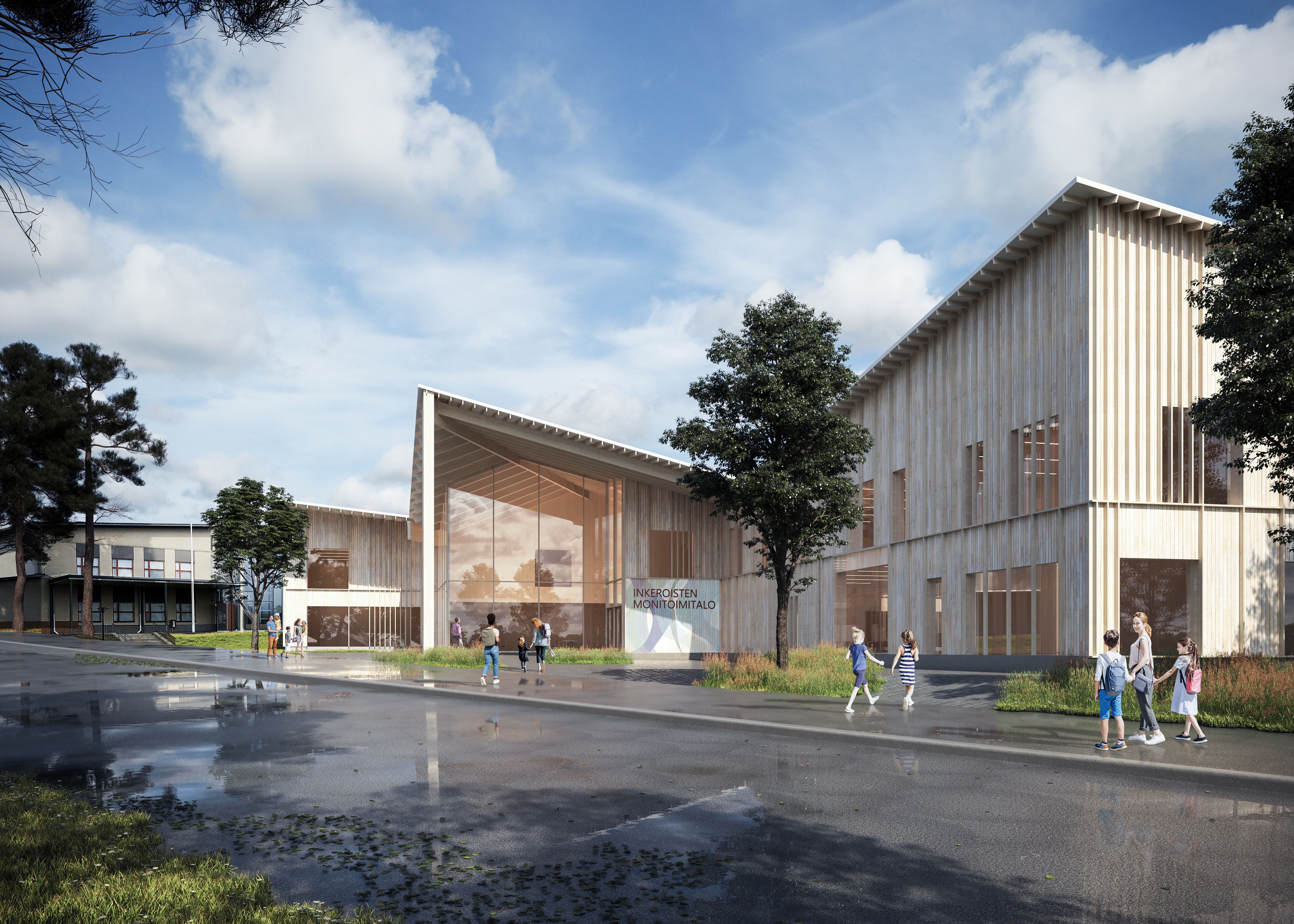 SRV to build a modern multipurpose building for almost 700 children in Inkeroinen, Kouvola

SRV to build a modern multipurpose building for almost 700 children in Inkeroinen, Kouvola

SRV and the City of Kouvola have signed an agreement for the implementation of a multipurpose building in Inkeroinen. This new multipurpose building will include school and early education facilities for just under 700 children. The project will be implemented as a cooperative turnkey contract with the strong involvement of the developer and future users. The total cost of this project is about EUR 25 million.

“We’re pleased that we’ll be able to once again draw on our robust experience in cooperative contracting in a project that will especially serve the area’s children and young people. This form of contract makes it possible to carry out the project flexibly and wisely while listening to the client. We’ll involve the developer and users in the project through means such as a variety of workshops. In recent years, we’ve implemented several modern school projects in Southern Finland, including the new Monikko School Centre facilities in Leppävaara, Espoo, completed last autumn, and the wooden premises of the Finnish-Russian School in Maunula, Helsinki. In addition, we’re currently also building the new Helsinki School of Natural Sciences, a solid wood building on the Kumpula university campus in Helsinki,” says Kimmo Hyry, Unit Director at SRV.

The new multipurpose building in Inkeroinen will consist of the existing school building on the plot and a new building that will be smoothly connected to it. The facades will be primarily made of wood. Arkkitehdit AFKS Oy is responsible for the architectural design of the school.

“The project is an integral part of Kouvola’s school network review, which seeks to combine school, daycare centre and municipal services under the same roof. We expect that this project will provide Inkeroinen with a high-quality, effective multipurpose building that will beautify the street,” says Pia Rajala, Head of Development at the City of Kouvola.