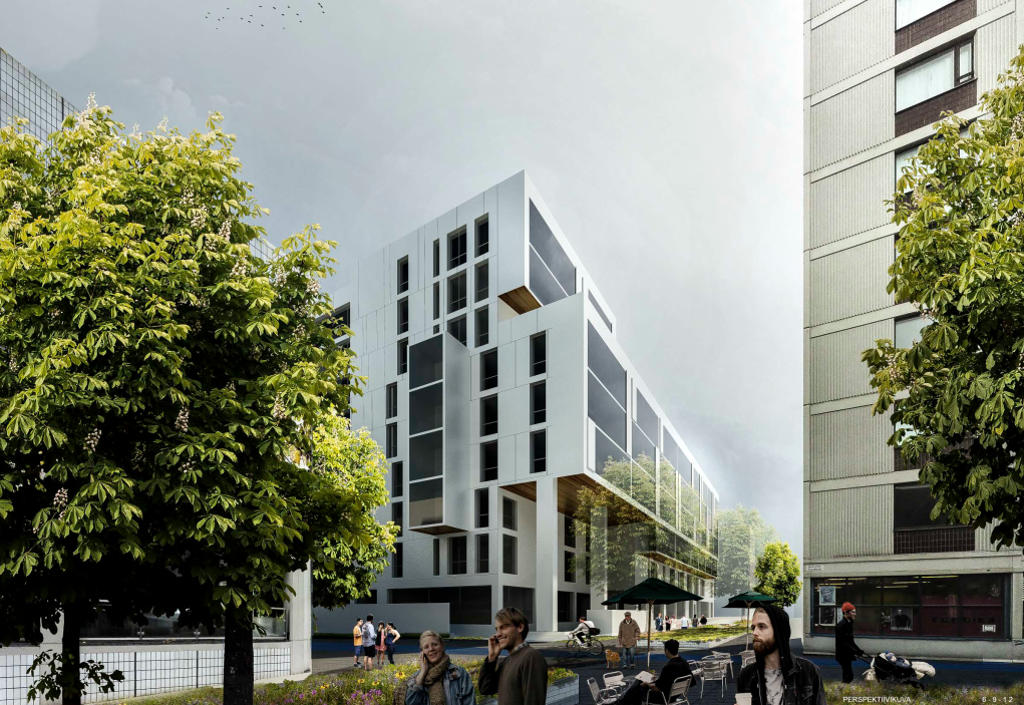 SRV starts the construction of 129 residential units for Kojamo in Pasila, Helsinki

SRV starts the construction of 129 residential units for Kojamo in Pasila, Helsinki

SRV and Kojamo have signed a contractor agreement for the implementation of rental housing to be built for Kojamo in Pasila, Helsinki. Construction will begin in August 2021. The project will be recognised in the company’s order backlog for the second quarter. The project is part of the EUR 197 million cooperation agreement for the construction of rental housing for Kojamo that was announced in 2020.

“There is ongoing demand for housing in growth centres. SRV and Kojamo’s long-term cooperation responds well to this demand. The two projects that are now being started up are next to excellent services and transport connections in Pasila, Helsinki,” says Saku Sipola, President & CEO of SRV.

Asunto Oy Helsingin Höyrypilli and Asunto Oy Helsingin Vihellys are located next to the new Pasila railway station and the Tripla shopping centre with its wide variety of services. The project comprises the construction of nine- and six-storey residential buildings. The 129 new Lumo apartments are studio flats, one-room flats with a living room and two-room flats with a living room. Höyrypilli will be completed in spring 2023 and Vihellys in autumn 2023. Both buildings will also feature retail premises.

On 2 March 2020, SRV Group Plc and Kojamo Oyj signed a cooperation agreement valued at EUR 197 million to build rental housing in Helsinki and Espoo. The agreement is for six housing construction projects with a total of 676 units, to be built as development projects. The four previously announced projects that are included in the agreement are under construction. The projects are recognised in the order backlog in phases as the start-up decisions are made. The projects will be recognised as income over a period of several years.

SRV in brief
SRV is a developer and innovator in the construction industry. Our objective is a new lifecycle-wise reality where solutions related to construction ensure well-being, financial value and the benefit of users, residents and environment – for years and generations to come. Our genuine cooperation and enthusiasm for our work comes across in every encounter. Sustainability is reflected in all our activities.

Our company, established in 1987, is listed on the Helsinki Stock Exchange. We operate in growth centres in Finland and Russia. In 2020, our revenue totalled EUR 975.5 million. In addition to about 1,000 SRV employees, we employ a network of around 4,200 subcontractors.