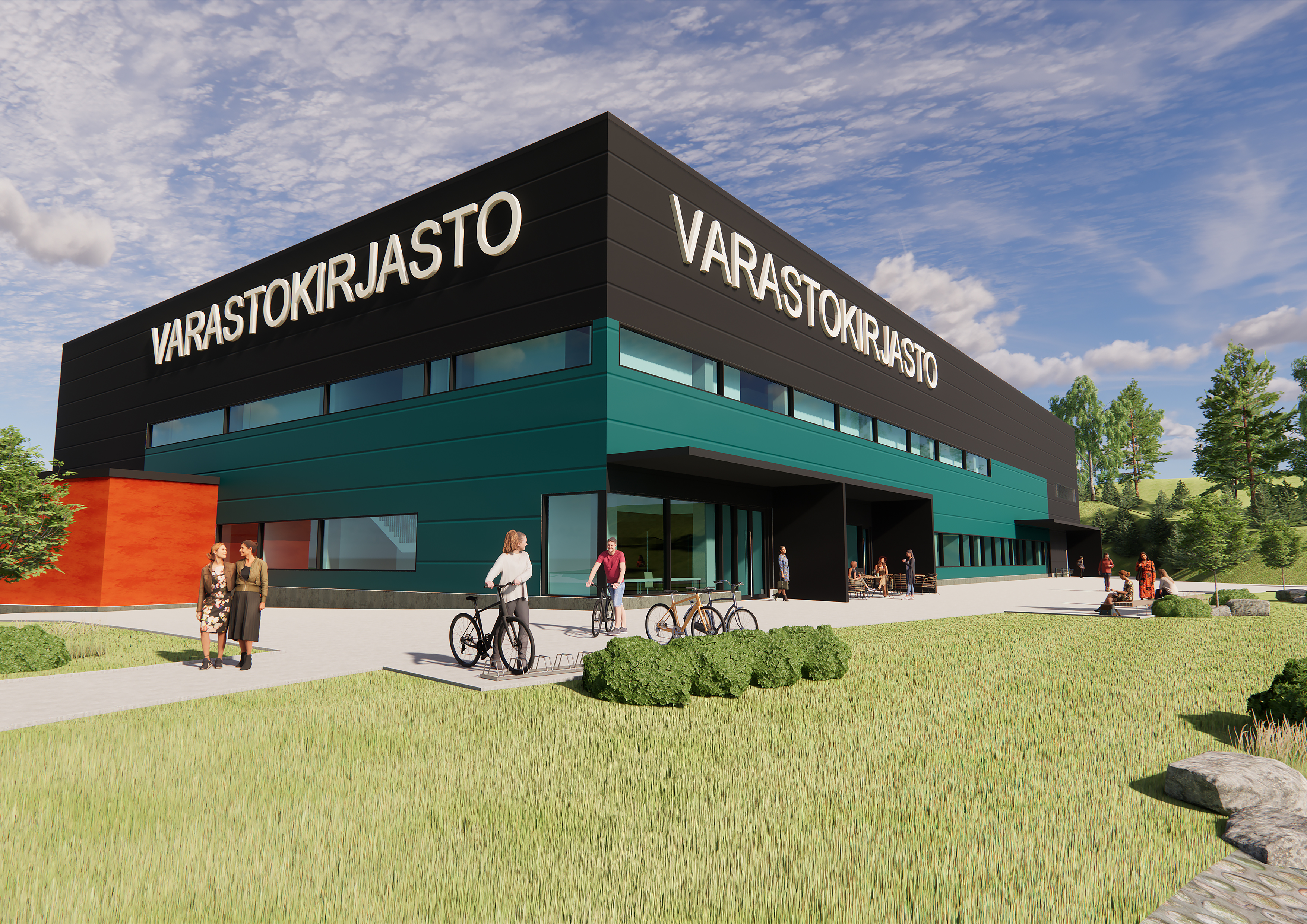 Senate Properties and SRV have signed a preliminary agreement on the construction of the National Repository Library in the Hiltulanlahti district of Kuopio. The project will take the form of a turnkey contract, and the value of the agreement to SRV is approximately EUR 18.5 million. The decision on the project investment is expected to be taken during February 2023. After this, the parties will sign the official turnkey contract. The project will be entered into SRV’s order backlog in spring 2023.

The project involves building new premises for the National Repository Library with a gross floor area of 10,570 m2. Project planning is underway, and construction work will begin in spring 2023. Construction is due for completion by the end of 2024.

“The new National Repository Library is an important building for society, serving citizens and researchers all over Finland. We participated in Senate Properties’ competitive negotiation procedure, during which our design and engineering team planned the buildings and premises on the plot we acquired. When finished, the facilities will enable the end-user to operate efficiently for decades to come. We were delighted to win the contract with our high-quality solution and continue our long-term cooperation with Senate Properties. We are currently working for Senate Properties on the construction of the new main police station and prison in Oulu and the new main police station and police jail in Vantaa,” says Harri Martin, Project Manager at SRV.

“The National Repository Library is a unique entity that has never had a new building constructed for it before. The project will be carried out under a new type of contract, which also requires the contractor to acquire the plot and create the design. This allows us to make the most of the contractor’s expertise on this project,” says Jarkko Karvonen, Manager of the Construction Contracting Group at Senate Properties.