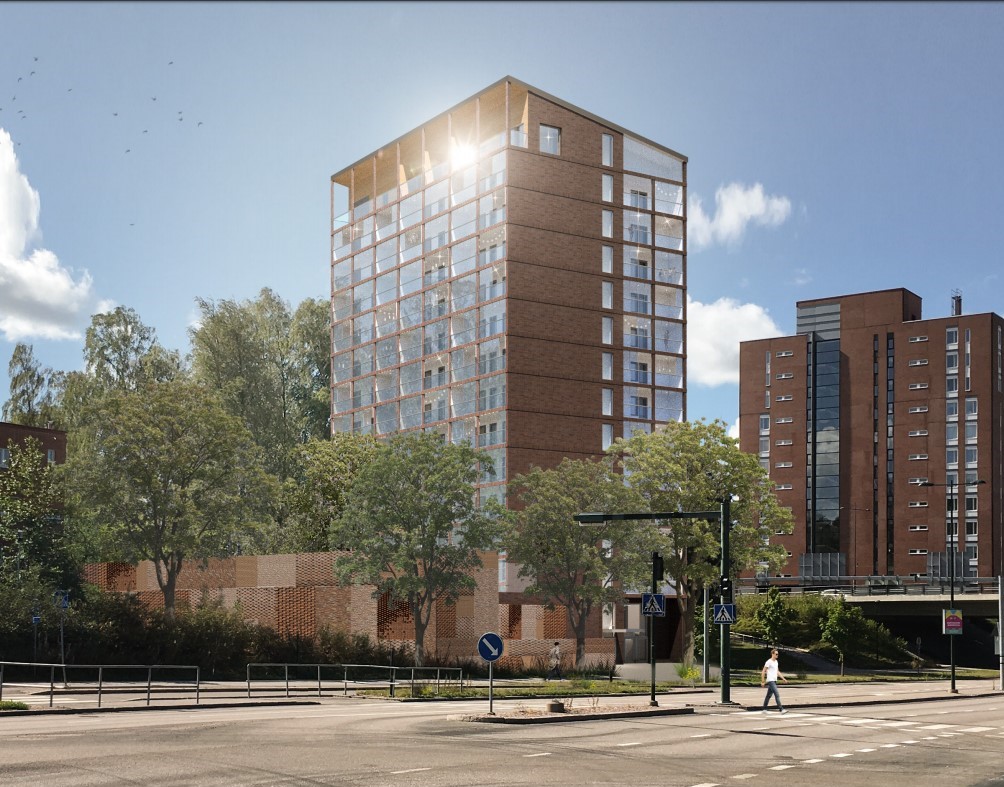 SRV and Kojamo have signed contract agreement on construction of rental apartment building in Matinkylä, Espoo. The construction begins in July. The project included in the contract was recorded in the order backlog in the second quarter. The project is part of EUR 120 million cooperation agreement with Kojamo, announced last year.

“Demand for housing in growth centres continues. The long-term cooperation between SRV and Kojamo responds well to this demand. These apartments, which are now starting up, will have excellent location in the vicinity of good services and transport connections,” says Kim Jolkkonen, Senior Vice President, Housing at SRV.

Asunto Oy Espoon Piispanristi is located next to the services of the rapidly developing Matinkylä: the generous services of the Iso Omena shopping centre, the metro station and the bus terminal are close by. The project includes the construction of a 13-storey residential building and a parking garage under the building. The new 95 Lumo apartments will be completed in August 2022.

The residential development projects are developed by SRV. These projects are mainly sold to the investor before construction begins. SRV builds housing units in growth centres close to good transportation connections.

Asunto Oy Piispanristi is the second completed transaction of a EUR 120 million cooperation agreement with Kojamo. On 30 August 2019, SRV and Kojamo signed a cooperation agreement for the construction of rental apartments worth approximately EUR 120 million in Munkkivuori, Helsinki, Matinkylä and Iivisniemi, Espoo, Vantaa and Kerava. The agreement includes a total of six properties for which a total of 527 Lumo rental apartments will be completed. The agreement was announced as a stock exchange release on August 30, 2019.

The projects included in the contract will be completed in stages during 2019-2022. The projects are recorded in the order backlog as and when the trade conditions are met. The projects will be recognised as income over several years. The first housing building on this cooperation agreement is located in Kerava.

SRV in brief
SRV is a developer and innovator in the construction industry. We want to offer the best customer experience as a constructor of urban city centres, while also being the most attractive employer in the industry. Our genuine cooperation and enthusiasm for our work comes across in every encounter. Sustainability is reflected in all our activities.

Established in 1987, we are a publicly listed company since 2007 in Helsinki Nasdaq stock exchange that operates in selected growth centres in Finland and Russia. Our revenue in 2019 was EUR 1,061 million. Over 1,000 people work for us and we employ a network of almost 4,000 subcontractors in our projects.