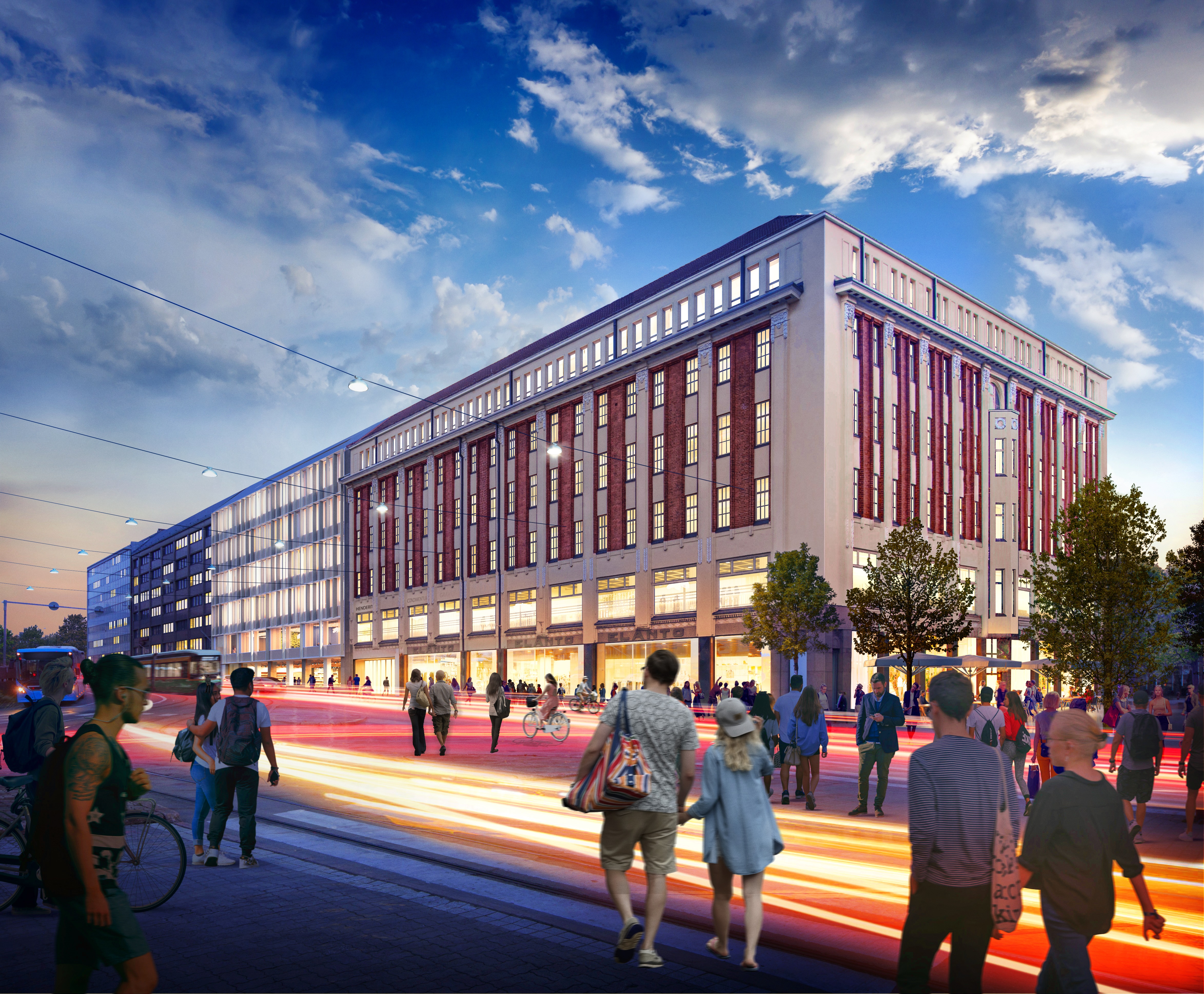 SRV and real estate investment company Antilooppi have signed an agreement on implementation phase for the basic renovation and modernisation of historical properties in Hakaniemi, Helsinki: Siltasaarenkatu 6 and 8-10 as well as Paasivuorenkatu 4. The project management contract, total of EUR 51.4 million, is recognised in SRV’s order backlog in December.

The project started in October with a three-month development phase as well as heavy-duty demolition work at Siltasaarenkatu 6. The construction will begin at the turn of 2019 and 2020. Completion is scheduled for autumn 2021.

“These properties are in a prime location in Hakaniemi – we will modernise them, while respecting their historical origins. This project is an excellent addition to the great co-operation with Antilooppi. Recently we also carried out for them the rejuvenation of KIILA in Ruoholahdenkatu 21. We have previously carried out demanding basic renovations at many other historical properties as well, such as Tiedekulma (Think Corner) and the Kaisa Building for the University of Helsinki, Brondankulma, as well as the Helsinki City Theatre,” says Antti Raunemaa, Unit Director, SRV.

Siltasaari 10 -project will combine three properties with a total floor area of 36 075 square meters into a single whole – that will serve both the users of the building and the neighbouring area. The old Elanto building in Hakaniemi was completed originally in 1913 and a department store opened in 1920. The facade and street-facing roof are protected. The basic renovation will respect the history of the building. Siltasaarenkatu 6, which was completed in 1979, will be demolished from the second floor up and the whole facade will be renewed. Paasivuorenkatu 4-6, completed in 1980, will undergo basic renovation.

This is the first time in decades that the buildings in this area will be modernised. The new Siltasaari 10 will fulfil sustainable development targets in terms of reducing environmental impacts and developing healthier working environments.

The first two floors of the property will be restaurant and café services – these will serve the users of the building and both residents and companies in the neighbourhood. The grocery store on the street level will return to its current location after the basic renovation is completed. In addition to the restaurants, the second floor will also feature office space as well as shared meeting and event venues. The upper floors will be renovated into state-of-the-art versatile office space.

SRV is a bold developer and innovator in the construction industry. We want to offer the best customer experience as a constructor of urban city centres, while also being the most attractive employer in the industry. Our genuine cooperation and enthusiasm for our work comes across in every encounter. Sustainability is reflected in all our activities.

Established in 1987, we are a publicly listed company since 2007 in Helsinki Nasdaq stock exchange that operates in growth centres in Finland and Russia. Our revenue in 2018 was EUR 960 million. Over 1,000 people work for us and we employ a network of almost 4,000 subcontractors in our projects.